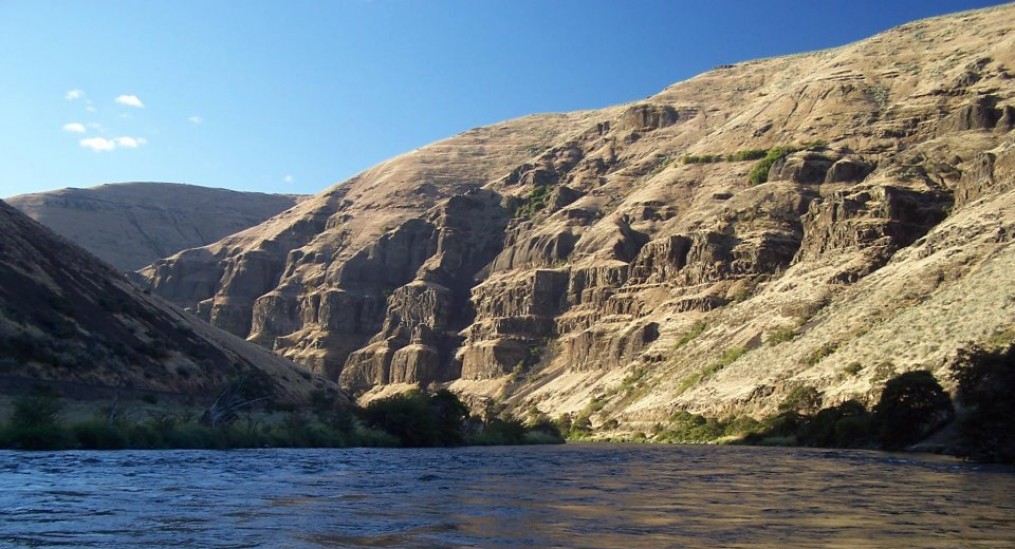 We’re all familiar with the first ten amendments to the US Constitution: our Bill of Rights. But do we reflect often enough on the responsibilities that accompany those rights?

(Thanks to the Freedom Foundation at Valley Forge.)

Here’s a post I wrote back in March of 2009 to give readers a little insight into what school board members do. The “reality check” refers to what forum attendees learn about the misconception of a) running for the Board and winning a seat, and b) single-handedly imposing their will on the district. It just doesn’t happen that way. I’ve included some updates in italics. Folks who run for a school board position usually have a burning passion to improve local education and/or an agenda to change something in the District that unsettles them.

Then you find yourself, after surviving an election, on the Board, and — Surprise! — you have no power to change things by yourself. The Board acts as a group, and if you want group buy-in on your “agenda,” it had better be a good one, and you’ll need a lot of patience and persuasive ability, because the Board has a multitude of competing challenges.

A prudent new Board member gets humble, settles in and learns as much as they can about maintaining a good Superintendent-Board relationship, and a respectful relationship with fellow Board members. Somehow, over time, your concerns will be heard by your peers, and the Board will act…as a Board.

Five candidates were able to make the 12…

Happy 8th Blogiversary to the Science Goddess! If you’re not reading the Goddess, you’re missing out!

You want to return to the traditional grading system. Is this what you’re wishing for?

10 Reasons to Return to the Traditional Grading System The Assembly is opposed to ‘standards based achievement’, ‘formative assessment’ and ‘assessment for learning’ (page 3). Here is what most leapt off the page for me regarding GA Senate Bill 364…

The General Assembly finds: “The assessment focus is on equal outcomes for all students, referred to as mastery of minimal standards, in which students can take as long as they need through the school year to meet standards without incurring grading penalties, and further, it removes grade averaging for all students, with the sole outcome based focus on meeting standards”

Now, I may not be well-versed in Georgia politics and as a foreigner I obviously do not have the my finger on the pulse of the educational issues there.  I have read this bill in…

Click the banner in the upper right section of this screen for full information. 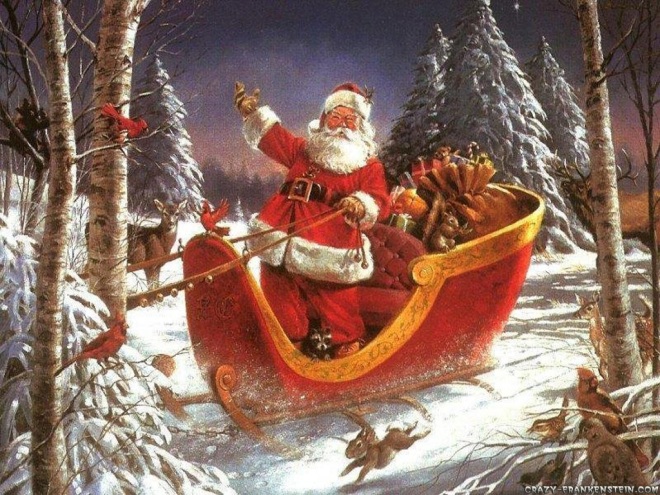 Those of us then serving on the HSD 1J Board of Directors, i.e., the school board, were somewhat stunned to learn recently — via letters of protest and/or appearances at school board meetings from/by students, teachers, parents, a USAF officer, two professional journalists (who are alums of the Glencoe journalism program), and other Glencoe graduates — that although the District had been able to backfill some of our cuts, including some athletic programs that had been consigned to fund-raising, high school student newspaper advisor stipends (and thus the newspapers) remained on the cut list.

The high school community, the current Board and former Board members, and I suspect the entire District community, would like to know why…

John Peterson, a local trial attorney and fellow Board member emeritus (we both declined to run again after two four-year terms ending June 30th) frames the issue well in his letter of July 28, 2011 to the current Board…

To:  Hillsboro School Board

Re:  Cancellation of Journalism Advisor Stipends at High Schools

It is with some considerable disappointment I address you on this subject once again.  After receipt of grateful news the State of Oregon would be providing slightly more funding than originally projected, we had a discussion of where to “backfill” budget cuts already planned.  I then made the statement such decision-making should be pursuant to a prioritization of deserving programs.  I urged programs supporting our academic curriculum should be of the highest priority.  My failure was in not insisting we have a debate then and there about what we believed as a board should be funded once again with these unexpected revenues.

I apparently placed too much faith in the belief that anyone with an educational background would recognize that the school district is first and foremost an academic institution.  It was with great dismay the next word I received was that our district administrators had decided non-academic athletic stipends were apparently to trump the stipend for academic faculty support and supervision of journalism.  The budget document does not require administration to spend allocated money as it might appear in the document.  The funding of stipends is entirely a decision of administration unless the board specifically directs a reversal of a decision made.  It is just such a reversal I urge upon you.

No one enjoys high school athletics more than I.  However, that is not the issue.  We should be ashamed of ourselves in the decision to fund any non-academic activity before we assure that those traditional and excellent activities directly supporting and complimenting our academic curriculum are first served.  Are we or are we not an academic institution above all else?

As the sports editor of my high school newspaper I can attest it was one of the most enriching educational activities of my life.  Concise writing, persuasive writing, deductive reasoning, appreciation of access to a broad working vocabulary were but a few of the skills acquired from my experience.  Organization of thought and words to state a point succinctly and accurately is a skill honed well in the pursuit of a journalism experience.  Writing under time deadline and pressure is yet another.  Confidence to interview others and speak for and against and defend positions is likewise fostered by an experience with journalism.  I was certainly impressed by the young lady from Glencoe who eloquently explained to us the disappointment over loss by her and many others of the ability to continue to develop their journalistic skills.  I found her arguments extremely persuasive when she shared how much of the funding for the newspapers is raised by the student’s own efforts and the large number of students directly involved in the production and publication of a newspaper.

Far more students are involved in this activity than are involved in many of the athletic programs we offer our students.  If you want to count heads you would find far more students are served by the journalism advisor than are served by coaching stipends for small team sports.  I hate to make this a contest over numbers as I would hope we could fund all stipends to maximize what we offer to all students.  But, I feel compelled by our Strategic Plan Mission Statement to make the point that sports coaching stipends should never trump the funding of stipends for traditional academic support of activities such as journalism.  The classroom in which journalism is taught and will continue is but a fraction of the learning associated with journalism.  The journalism laboratory, where the nitty-gritty real world lessons are learned is in actually assembling and publishing a newspaper.

Why would this school district choose to abandon decades of journalism excellence exhibited by those of our schools that still have a student newspaper?  Alas, I suspect principals are not excited with the prospect of conflict possibly arising over issues of censorship which has afflicted some schools in this country.  But, this is another compelling reason why we should embrace and encourage student newspapers.  It is the very reason we have faculty advisors to instill a sense of responsibility in our students and accuracy in the written word.  In my opinion this decision to abandon student newspapers is a “cop-out” on the part of district administrators and high school principals of this district.  It should not be permitted to stand.

I can only now speak to you as a concerned patron of the district.  I beg this board to reconsider the defunding of the journalism faculty stipend and support the publication of student newspapers.  Our mission as stated in our current Strategic Plan is to “Engage and challenge all learners to ensure academic excellence.”  Glencoe’s newspaper is a model of academic excellence.  With the many student members of newspaper staffs we were engaging and challenging them as our mission statement would charge us to do.  Now, we have chosen in this instance to ignore our own mission by elevating funding of non-academic pursuits over those of direct support of curriculum and the classroom.  Shame on us!  It is not too late to reverse the course and decisions of principals.  Abandonment of student newspapers is not chiseled in stone.  I remind everyone, demanding accountability and adherence to our mission statement is a board responsibility.  In fact, as this board learned from the last two years of involvement in the Lighthouse Project, it is school boards who demand accountability and adherence to their mission who govern the most successful schools in this country.  Please direct a reversal of this wrong-headed decision.  Do the right thing!  Following the spirit and intent of our mission statement is always the correct path to take. 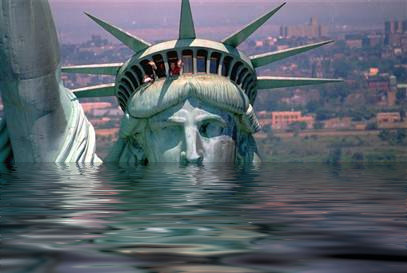 Here’s a post from Mark Hurst’s blog, Good Experience, that discusses what we need to make sense out of economic information, i.e., “plain talk.”

Opinions stated on this blog are mine alone and are not necessarily representative of the opinions of the people, institutions, governments, or companies with whom I work. All text and photographs on this blog and in RepairKit's files are copyrighted. You probably knew all that, but my lawyer made me say it.
The Thoughtful Teacher
Create a free website or blog at WordPress.com.
Loading Comments...
Comment
×